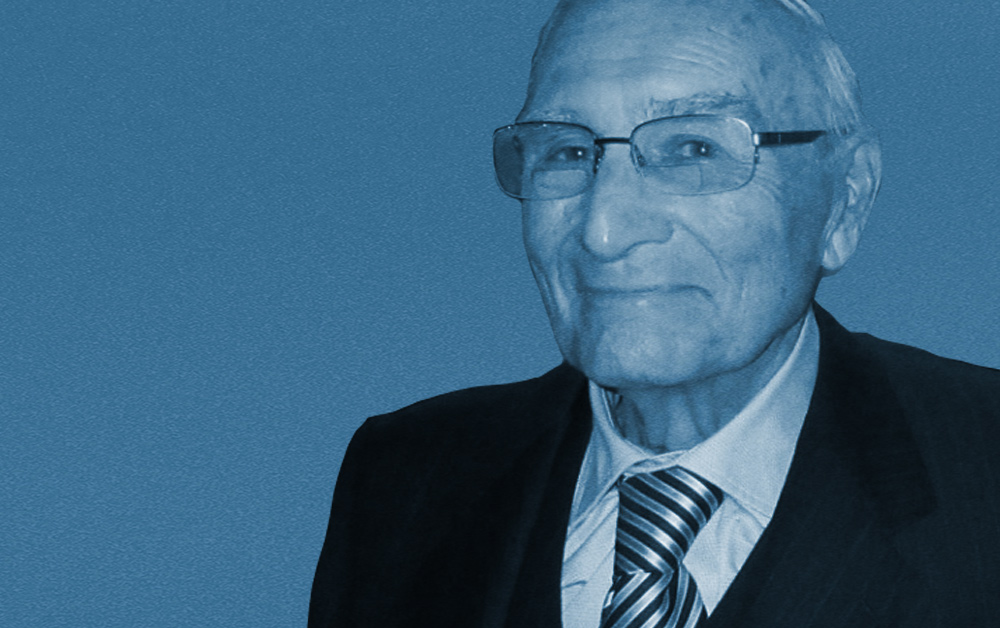 George grew up in the tourism business. His father Payne brought a parcel of land at the Queen Elizabeth Highway and Stanley Avenue in the depths of the depression building a cabin-style motel and restaurant, which he called the Holiday Inn. Now it’s a giant US chain though use of the name in Niagara Falls belongs to the Yerich family.

George joined the family business after receiving a Bachelor of Commerce degree from the University of Toronto. The cabins are now a modern roadside motel, and the family soon purchased an adjacent motel. In 1965 the family build a 77 room hotel just above Niagara Falls on Murray Hill, which has expanded three times and was the 122 room hotel just about Niagara Falls. George’s wife Violet and children George Junior, Michael and Catharine joined the growing business and in 1986 the family purchased the Skylon Tower.

At the time of award, they were developing to residential subdivision in the Black Creek area and Fort Erie.

Other projects included a major motorsport facility, a lease on Pyramid Place, purchase of the Cascade Inn, a huge hotel and entertainment complex development at the base of Skylon tower.

Yerich has long been actively in charge of the work and community affairs and in the promotion of tourism in Niagara and he was a founding member of the Niagara Resort and Tourism Association. A forerunner of the Visitors and Convention Bureau, he was active in bringing a casino to Niagara. His businesses employ 500 people in season; some of which started with him forty years ago.