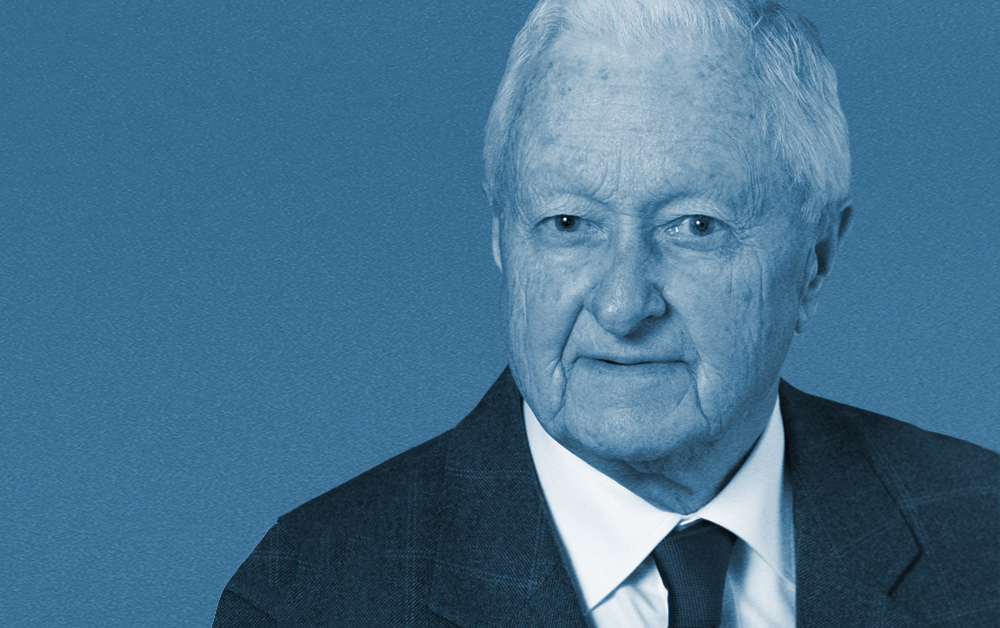 When Bruce Wilson left school at the age of 17, to help support his family after his father’s passing, no one could have predicted that he would ultimately be the force behind an organization that, at the time of award, employed approximately 1,500 people in Niagara.

Bruce served in the U.S. Air Force for four years (he was born in Vermont), and then pursued a business education. In 1961, with just $2,500, Bruce started a small business called Midland Shoppers Credit, which handled credit accounts for a variety of local merchants.
A chance meeting with a Canadian Tire dealer developed into a relationship that saw Bruce financing the dealer’s receivables. This meeting resulted in Bruce’s business growing to a relationship with 25 dealers in just three years. It didn’t take long for those at the Canadian Tire Corporation to see what a gem of a business Bruce had and in 1966 they purchased a majority interest and the business was renamed Midland Acceptance Limited.

By 1968, when Bruce was handling credit for the majority of the Canadian Tire associate stores in Ontario, the business became a subsidiary of Canadian Tire Corporation and was renamed Canadian Tire Acceptance Ltd.

Bruce was forward-thinking right from the start and, when it came time to build new offices on Prince Charles Drive in Welland, Ontario Hydro awarded Bruce and the building’s contractor with the Electricity Conservation Award. The award was presented to those who were successful in integrating energy conservation measures into their buildings. What was unique about the presentation of this award to Canadian Tire Acceptance was that this was the first time that the award was given for a new build, rather than a retrofit of a building.

Canadian Tire Acceptance has seen continuous and often unprecedented growth since it got its start as the small business Bruce started on his own. The company began with 20 employees, grew to 478 at the time of Bruce’s retirement in 1988, and now employs upwards of 1,500 people across the Niagara region. Looking back on documents that were created for various initiatives and events, it is clear that Bruce Wilson is not only a savvy business man who took customer relations very seriously, but he is also an all-around nice guy. Bruce Wilson has left an extraordinary mark on the Niagara region and, particularly Welland, where it all started.