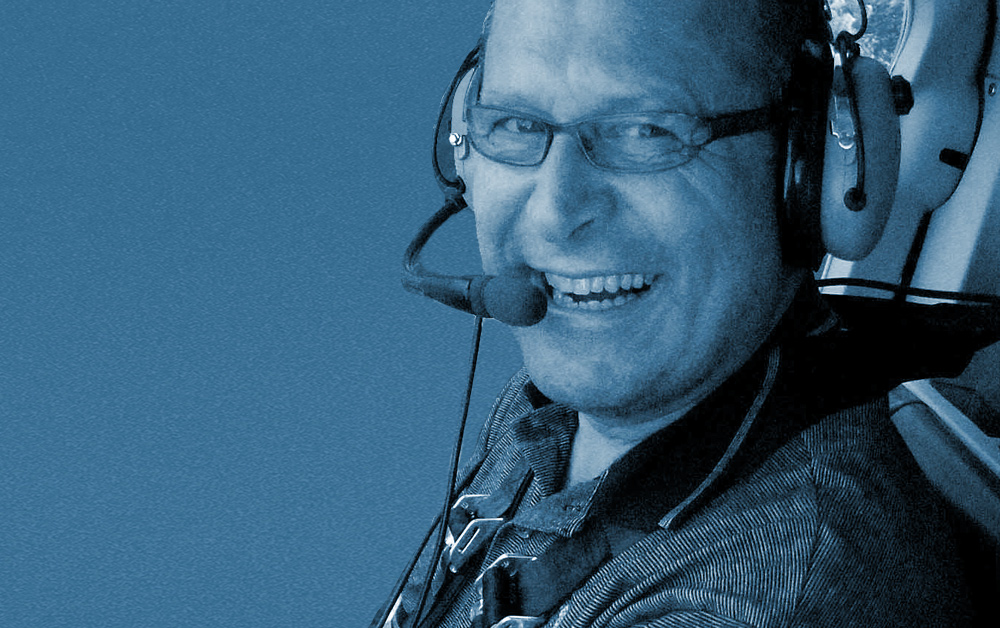 From his early days in Switzerland to his life as President, Operations Manager and Chief Pilot of Niagara Helicopters Limited in Niagara Falls, Rudolf (Ruedi) Hafen has strived for excellence. Ruedi decided early that an indoor desk job was not for him and he became a helicopter pilot with Heliswiss. Ruedi arrived in Ottawa in December 1981, knowing little English. With no money and two suitcases of aviation equipment, he was eager to take a job in the industry.

He earned his Canadian helicopter pilot license in 1982 and took a job with Pan Air, flying tourists over Niagara Falls and shuttling geological survey staff to the far north. Ruedi, along with two partners, purchased the Niagara Falls operation in February of 1985. Gradually, he improved the property, buildings and heliport and added a state-of-the- art Heli-Hafen terminal building. He also added a photo service, souvenir gift shop and heliport cafeteria.

At the time of this award, Niagara Helicopters was flying six helicopters and had four matching smart cars that acted as moving billboards. Ruedi has had the opportunity to fly many celebrities and he has been featured in many TV programs. Ruedi Hafen and Niagara Helicopters have gathered recognition and awards for excellence along the way. He has been commended by Niagara’s Emergency Services, the Tourism Industry and by business associations for his contributions to the safety of the community. From his “eye in the sky,” he has chased criminals, and rescued people trapped in the Niagara gorge.

Ruedi was presented with the Niagara Entrepreneur of the Year’s Established Enterprise Award in 2005 and the Tourism Enterprise Award in 2006. He was also presented with an Honorary Diploma in Tourism Marketing and Operations from Niagara College in 2009. Niagara Helicopters has become a major aerial attraction in Niagara, which employs sixteen pilots, six aircraft maintenance engineers and a total of thirty-two office staff on a year-round and seasonal basis. Over the years, Ruedi has been an enterprising leader who has helped to build a stronger Niagara.

He’s made numerous contributions in promoting Niagara’s tourism industry, and has made a significant impact by volunteering countless hours of his time.